A Flower from Jewel to Breast Cancer Survivors

For her entire career, singer-songwriter Jewel has been empowering broken women through tough times — a lyrical energy pushing up sunflowers through parched earth. Her playlist offers plenty of songs about life, love, heartbreak and loss. And she’s just added a new one dedicated to breast cancer survivors.

With her latest song, ‘Flower,’ Jewel hopes to raise awareness about the importance of breast reconstruction options for breast cancer survivors. “Our story is not defined by men, or cancer or anything that happens to us,” says the four-time Grammy Award nominee, poet and philanthropist. “We are defined by our reactions. And I want to encourage woman to be empowered and informed, no matter what life throws our way.” 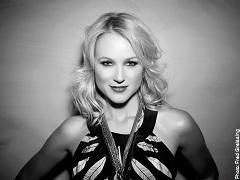 She’s referring to the many women who have fought breast cancer with life-saving surgery and must grapple with the reality of their new, altered silhouettes. For them, a question remains: what’s the next step? Unfortunately, research has revealed that 70 percent of women eligible for breast reconstruction are not being informed of their options. Jewel intends to reverse that trend.

This October, she’ll give voice to a movement to inform women about post-mastectomy breast reconstruction and the positive role it can play in quality breast cancer survivorship. Jewel serves as the national spokesperson for National Breast Reconstruction Awareness (BRA) Day, a public education initiative of the American Society of Plastic Surgeons and The Plastic Surgery Foundation. On October 17, she will launch National BRA Day to promote awareness, raise funds for research and improve access to after-treatment breast reconstruction for eligible women.

Not content merely to pose for public service ads in support of the effort, Jewel is putting money where her mouth is. On October 29, the humanitarian will perform a charitable concert in New Orleans saluting breast cancer survivors. The night is more than a chance for survivors to hear a country-folk rock star who’s sold 27 million albums worldwide. Proceeds from “An Evening with Jewel” will be donated to The Plastic Surgery Foundation and be used to support national and local breast reconstruction organizations. And on that night, “Flower” will open center stage.

“I had originally written ‘Flower’ when I was in my late teens,” Jewell recalls. “It was about a woman who was surviving a bad relationship with a man and finding courage to believe in herself. I also wrote it about my trying to adjust to ‘city life’ as an Alaskan child of pioneers. That’s where the nature metaphors sprung from. But the song always lacked something for me and so I never used it on a record or sang it live. When I was asked to write a song to donate to survivors of breast cancer, this song immediately came to mind, and I had to make very few changes to the verses.”

In September 2006, as part of Lifetime’s “Stop Breast Cancer for Life” campaign, Jewel delivered more than 12 million petition signatures to Capitol Hill, urging Congress to pass the bipartisan Breast Cancer Patient Protection Act of 2005. The bill would ban the practice of “drive-through” mastectomies, when women are discharged from the hospital just hours after their surgeries. Jewel’s dedication to help women breast cancer survivors remains unwavering.

“We all know someone who has been touched by this horrible disease, including myself. That’s why I’m so passionate about educating women about every aspect of dealing with the disease,” Jewel shares.

Over the next two years, the busy singer, actress, producer, writer will continue advocating on behalf of BRA Day USA. From time-to-time, she’ll take break from the Stephenville, Texas working ranch she calls home with her husband, World Champion bull-riding superstar, Ty Murray and their young son. The cause is that important to her.

“I was shocked to find out that seven out of ten women are not informed of their reconstruction options,” reveals Jewel. “Whether a woman decides to have reconstruction or not, it is her right to be given the information to make the decision she feels is best for her. It has been proven that breast reconstruction following mastectomy can improve quality of life beyond the disease.”

And, one by one, so grows a field of flowers.