Meditation For Cancer Survivors: Getting Started

Editor’s Note: For the first time, researchers have shown that practicing mindfulness meditation has a positive physical impact at the cellular level in breast cancer survivors. For many years, oncologists have known that alternative or integrative therapies likes meditation bolster the emotional well-being of cancer survivors. ABC News anchor Dan Harris, a leading and studied proponent of meditation, in late 2014 shared his own research at a CancerForward forum. Harris’ best-selling book, “10% Happier” is based on that research and Harris’ personal experience.

The first thing to know about meditation is that it need not be complicated or time consuming.

The first thing to know about meditation is that it need not be complicated or time consuming. 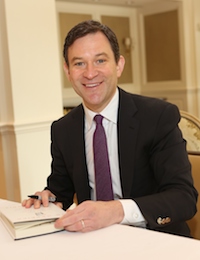 Below are the beginning instructions. All you really need to do in order to get started is read these three simple steps and let rip. That’s basically what I did when I first got interested in meditation; I read a book or two and went for it. It was only after many months that I started occasionally going to a class or working with a teacher. However, if you want an app or a class—or even, for the especially gung-ho, a silent retreat —I’ve added a bunch of links at the bottom.

The word meditation, it has been said, is kind of like the word “sports.” It describes a whole range of activities. (E.g.: water polo and badminton don’t have much in common.) When I talk about meditation, I’m talking about either “mindfulness” or “insight” meditation. And so you know, there are some key differences between these two:

Mindfulness meditation is completely secular, and is usually taught through a program called Mindfulness Based Stress Reduction, or MBSR. It was developed by a former MIT molecular biologist named Jon Kabat-Zinn. (His books are totally worth reading. You can find them here. Essentially what Jon has done is to take Buddhist meditation, strip out all the jargon and the metaphysics, and rebrand it as a sort of brain exercise that anyone can do.

Insight meditation (also known as Vipassana) is firmly and unabashedly Buddhist. It is what MBSR is based on. Before you get scared and start thinking you’re going to be pulled into some sort of weird cult, it’s worth noting that Buddhism is not a religion in the usual sense. There is no God or creation myth in Buddhism. In fact, the Buddha himself—while he did talk about things like karma, rebirth, and enlightenment—explicitly told his followers that they could take or leave his metaphysical claims. Even though I am a devout agnostic, I have no problem practicing Buddhism. (Many people of faith are cool with it, too. For example: Without Buddha I Could Not Be a Christian. As the writer Stephen Batchelor has said, Buddhism is “not something to believe in, but something to do.” 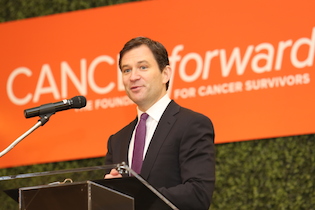 (For the record, I am in favor of pretty much all forms of meditation. Within Buddhism, there are many flavors – including Zen and several forms of Tibetan meditation. There is also Hindu, or Vedic, meditation, which has been around for millennia and remains quite popular. And finally, Christians, Jews, and Muslims all have their own forms of meditation. I encourage you to do some research, and find whatever works for you. Personally, I happened to gravitate toward mindfulness because it is the kind that has been the focus of much of the scientific research.)

Here’s a sampling from the Insight Meditation Society, where I often go to study.

Some offerings from UCLA, which has an excellent center for the study and teaching of mindfulness.

An app I recommend

Headspace is legit. I know the guys who run it. It’ll cost you a little something – but it’s not exorbitant.

This, too, will cost you a little money, but it’s the foundational eight-week course for secular mindfulness.

Physical centers where you can study

This is a nice little guide to various centers around the U.S. from my friends at Mindful Magazine.

They left a few places off the list, so I will supplement with these:

If you go to any of the centers above, you can find plenty of teachers. If you live in a remote area, you can also do some googling and find someone who teaches over Skype. In terms of what to look for from a teacher, here’s a brief, useful primer from Mindful Magazine.